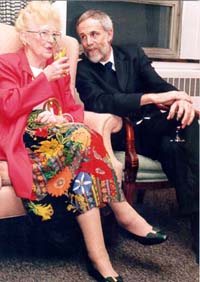 I am pleased and privileged to second the nomination of Kent Haworth for the membership recognition award. Kent has provided capable, creative, and enthusiastic leadership in his archival workplaces; he has made significant contributions to the development of the ACA; and he has led major advances in the field of archival practice. Kent began his career in Archives in 1972 as an archivist at the Provincial Archives of British Columbia, a seemingly unlikely incubator for innovation, headed as it was by a crusty former Legislative Librarian in a province that required the authorization of the Queen for travel beyond its borders (or so those of us outside thought.) And Willard Ireland, Provincial Archivist, may not have been crusty but since he did not get out, we never knew).

Nonetheless with several other junior staff members, Kent began making changes, including the introduction of the additional manuscript/records system. British Columbia was likely the first institution in Canada to adopt this simple and effort-saving system that today sounds so obvious as to not merit mention, but it was meaningful for those archivists who spent a good deal of time shunting the "l's" backwards and the "n's" forward (or the "RG's" about) to accommodate new "m" accession. This is a really simple illustration but it typifies Kent's approach...take an idea, consider the theoretical implications, refine the concept, and with whatever determination needed make the changes.

Always with a surfeit of energy (Kent never walks, he runs) during this time he also embarked on a project to convert the Bishop's Chapel in the Anglican Diocese of British Columbia, a structure left standing when the Bishop's residence was demolished, into a Diocesan archives. In a voluntary capacity he carried the project to completion leaving the Diocese with a secure, climate controlled archival storage facility unique for religious archives in Canada; a research area that doubled as extra meeting space for the Diocese; and Diocesan officials with an appreciation of the practical value of archives. Kent tackled fund raising, brought church officials on side, and planned and oversaw construction of the facility. He also produced the first manual for Diocesan Archives that was provided a model for use across Canada. This project arose from, and contributed to, Kent's strong belief in the importance and viability of institutions caring for their own archives, a topic on which he has spoken, written and been an  advocate.

Meanwhile, at the British Columbia Provincial Archives, Kent was appointed head of special media collections and, in this position, he succeeded in integrating audio/visual collections into the main stream of archival practice. Next he took on the newly established records management branch, challenged to bring centralization to records management efforts in the British Columbia government.
One of the tools he responded with was arps and orgs,an integrated file classification plan and records retention schedule for administrative and operational records. It has been borrowed and refined in other jurisdictions and is now standard in many institutions in Canada and the United States. It is a scheme that applied to electronic records easily brings centralized control.

Kent moved across the mountains to head the University of Toronto Archives, work as an archivist and then acting head of the government records section of the Public Archives of Nova Scotia, and serve
as University Archivist at York. In all his positions he not only provided leadership and was productive, but also, often clarified mandate and policy, and introduced changes valuable to the institution and archival practice. For instance, at York he introduced an automated file classification plan and retention schedule that has been a useful and accessible model for other university archives.
A major talent of Kent's is his ability to determine who needs to be brought on side and to do so, the Bishop, the secretary, the Deputy Minister, the donor, the National Archivist,the University President. His focused approach, his passion for a cause he believes in, his warmth, his sense of humour, his ability to communicate clearly and concisely, and his tenacity in pursuing a goal, make him hard to resist.

Kent has been active in associations in the regions where he has worked and he has made many contributions to the Association of Canadian Archivists. As Chair of the Publications Committee, with a universe to tackle in terms of needed publications, he focused on a series of brochures on types of archives aimed at obtaining the support of institutional sponsors of archives and raising
the profile of archives. While Vice President, he was involved in responding to the Applebaum-Herbert study on cultural policy, trying to find a niche that would increase national support (and funding) for archives across Canada. As President of the Association of Canadian Archivists, and in the years following, he helped formulate a structure for the Canadian Council of Archives and
assisted in gaining support and funding for its establishment through the federal-provincial ministers responsible for culture.

Kent has added stimulating articles on a variety of topics to archival literature -- contributions that assist working archivists and inspire students. He is a wonderful teacher whether as a mentor to his staff -- explaining, including, exploring, illustrating by example, challenging, keeping in touch, enabling them to do the task at hand, building their interest in doing more and helping them develop confidence in their ability to do so -- or as presenter at local, national, or international workshops. There have been literally hundreds.

And this is only the half of it. However we might extend the Membership Recognition Award to Kent for his work in one area alone, his work in descriptive standards, work that has changed forever and enriched archival practice. Many archivists have been involved with Kent along the way, but I wager that they would not stint in their commendation of his efforts and leadership in this endeavour. He has a superb ability to put together or help build exceptional teams.His strong sense of democracy and respect for his fellow beings has, in turn, gained him respect, and maintained motivation for large and long tasks.

Early on as an archivist in the records and manuscripts section at the British Columbia Provincial Archives, he began to look at a more systematic approach to archival description. He considered the application of library practice to this facet of archival work, something thought heretical at the time by archivists who were busy establishing their own identity. He came to understand the need for standards for description and the benefits of their application for the profession, and steadfastly carried on to launch and promote the initiative and to gain support and funding for their development. He took an active part in the intellectual and technical work of developing the standards. He followed through to secure the funding and support for the application of the standards.

To give you a taste of his contribution, Kent joined the Planning Committee on Descriptive Standards in 1987 at its establishment, and was Chair between 1989 and 1996. The Planning Committee met six times per year during this ten-year period, managed ten working groups responsible for media chapters in RAD, was responsible for six publications, the delivery of RAD training throughout
Canada, and the promotion of RAD nationally in sessions at professional conferences and archival institutions, and internationally at the International Council of Archives in Montreal in 1992. And
he prepared and fought for the maintenance and continuation of the descriptive standards work in the establishment of the Canadian Committee on Archival Description.

Kent's dedication and passion for his profession, his energy to fight any preconceived idea, his dynamism, his leadership, his hard work have made Canada a leader in archival descriptive standards and a model for many countries and the International Council of Archives. This has placed Kent in demand internationally to present workshops and papers and to serve on task forces and committees to promote and assist in the application of descriptive standards.

Kent is not only work and archives. He is an avid canoeist, a lover of music - both symphony and jazz, a connoisseur of scotch and home-made wine, a cook, a gardener, a host par excellence. His colleagues become friends and his friends, if not colleagues, infected by his enthusiasm for archives.

He is a man of many parts. Who else would we see striving to become bi-lingual in 1970's Victoria (and after a few drinks succeeding), using a week,s vacation to put the records of the Diocese of Kootenay in order (thereby committing himself to lobbying for the funding and appointment of a Diocesan Archivist), having tea and discussing the disposition of her papers with Germaine Greer in her British home (and not even trying to acquire them for his archives), or challenging the inflated appraisals of sound and moving image records and having the problem addressed (on principle)?

Archival practice in Canada and throughout the world would be different and not as advanced without Kent's contributions. We are fortunate to have him as one of our own, and to honour ourselves as we honour him with the first ACA membership recognition award.