Undergraduate research from around campus was in the spotlight last week as York University hosted the seventh annual Undergraduate Research Fair at the Scott Library on February 27.

“This is always one of my favourite events of the year as it showcases how important it is for undergraduate students to get involved in scholarly research,” said Joy Kirchner, Dean of Libraries. “Although it’s typically thought of as a faculty or grad student endeavour, we need to reinforce how valuable research can be for undergraduate students as well, both for their academic and career development.”

The range of projects presented at the event was impressive, with award winners coming from science, anthropology, health and fitness, and environmental studies.

“One of the interesting things about the Undergraduate Research Fair being a multi-disciplinary event is that it makes it very unique,” said Adam Taves, a member of the organizing committee from York University Libraries. “Individual faculties in many cases hold their own research celebrations or research fairs, but what we’re trying to do with the Undergraduate Research Fair that’s hosted by the Libraries and the Vice-President of Research and Innovation is to really draw students out to present their work to an ‘educated lay audience.’

Not necessarily people in their own field, but to be able to talk about their work in a way that another student, another faculty member or librarian from outside their specific field can really understand what it is that their research attempts to accomplish”

For Rhea Virkutis, who took home first prize for the Dr. James Wu Award for Best Upper-Year Project, the opportunity to further develop her presentation and research skills was a big part of why she decided to take part in Wednesday’s event.

“I participated in the fair because I was encouraged by my cousin who had heard about it. She was also a participant. But I thought it would be a wonderful opportunity to flex my research and presentation skills and prepare myself for future studies in which I might have to use those,” said Virkutis.

“It was wonderful to hear my name called for the top prize. I wasn’t expecting it. I was very happy with my research and my presentation but to have that reaffirmed by the committee and the judges was a wonderful feeling.”

Winners of Wednesday’s awards will receive a monetary prize as well as a chance to revise their poster presentation into an article to be considered for publication in Revue YOUR Review, a refereed e-journal published by York University Libraries.

Although not every student took home an award on Wednesday, simply being selected to compete in the Fair should be considered an important accomplishment. In order to even be eligible for participation students must submit already completed work that has received a grade of B+ or higher from a York University course. From there a panel of experts from across the university selects who will be one of the few students to present their work to the campus community.

A full list of award winners is available below. 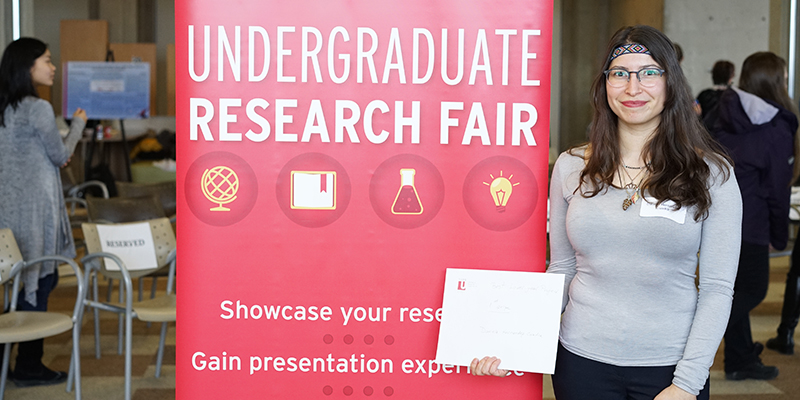 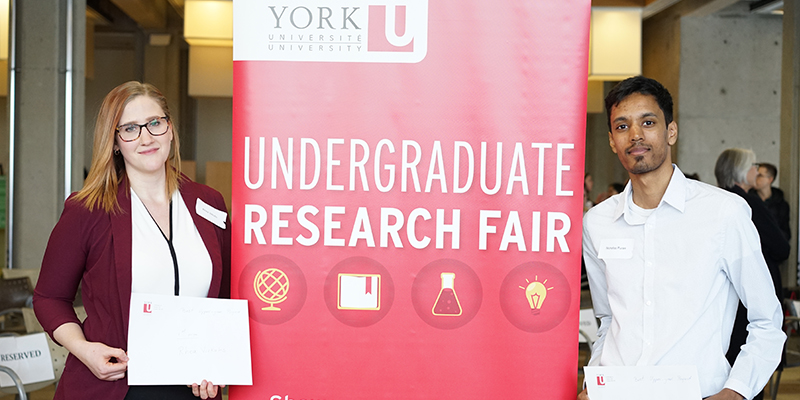 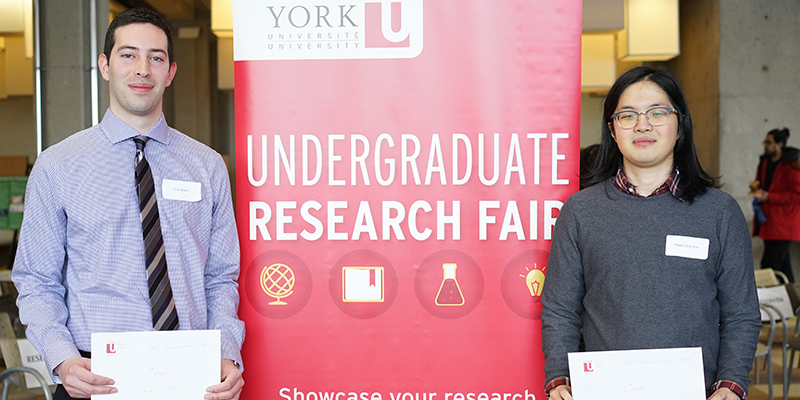 Second Prize: Hong Seok Kim for Ancient Greek Problem: Can We Trisect and Angle with Ruler and Compass? (SC/MATH 3052) 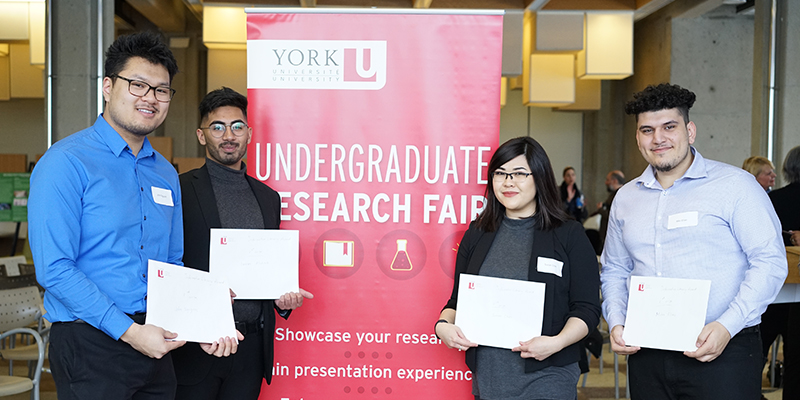 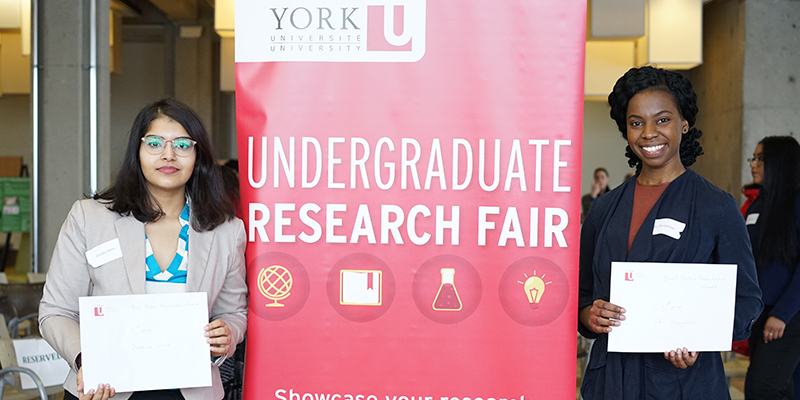 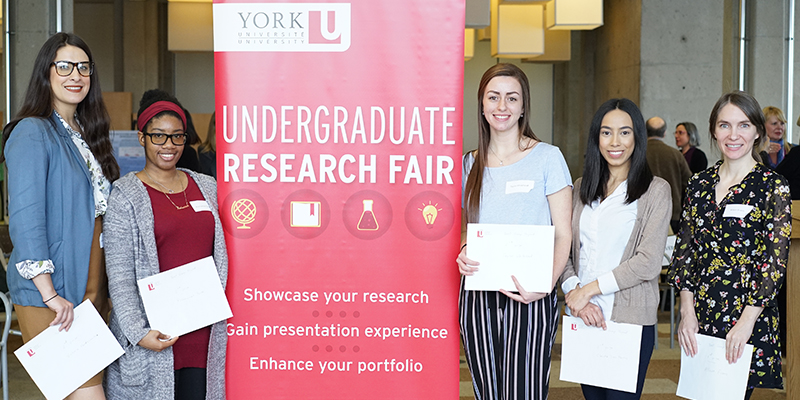